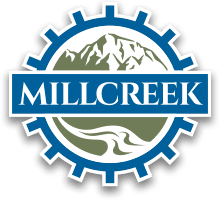 The City Council is seeking feedback on ranked choice voting (instant runoff voting) — the process used by the City in the 2021 election for Districts 2 and 4. The city has the opportunity to opt into the program again this year for the 2023 election for Districts 1 and 3. Before making that decision, the council would like to hear from you.
Please take a moment to respond to the City's survey by clicking the link below.

These methods require specific paperwork be completed and a $50 filing fee be paid. Credit card, check, and exact cash is accepted. Valid photo identification is required.